Fuses in 2002-2006 model year Defenders are mounted in one of two fuse boxes. One fuse box is located under the RH front seat, and the other is located below the centre of the fascia. 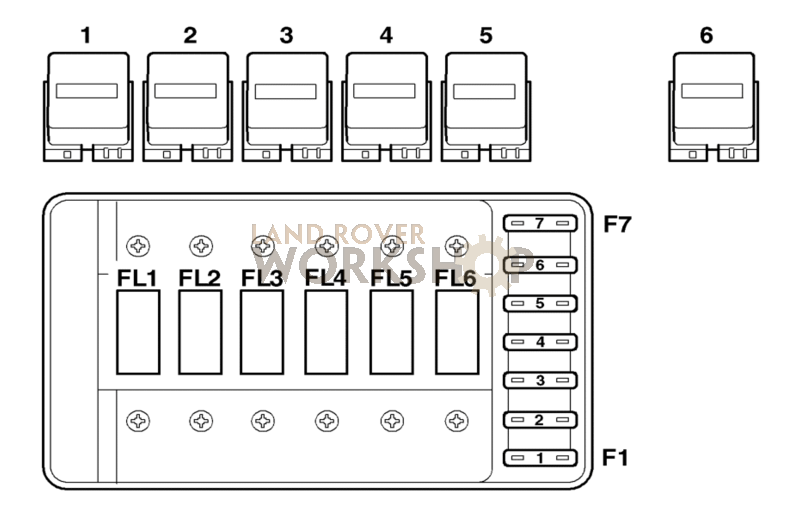 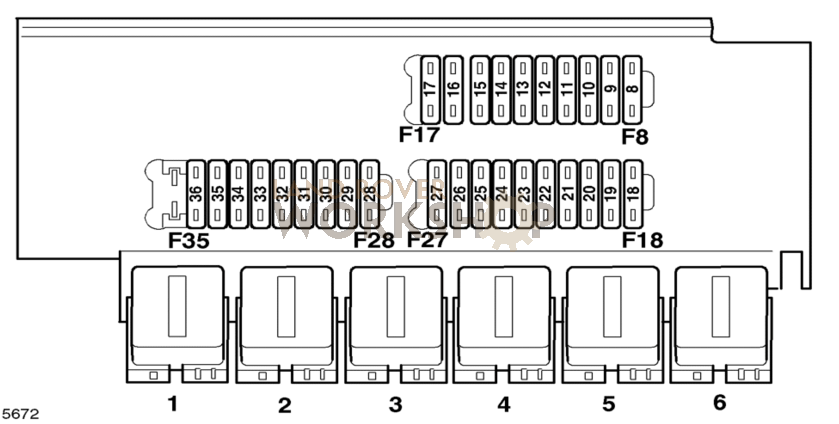 The following illustration indicates the general position of each earth point and header on the vehicle. Some of the earths listed are not present in the diagram. 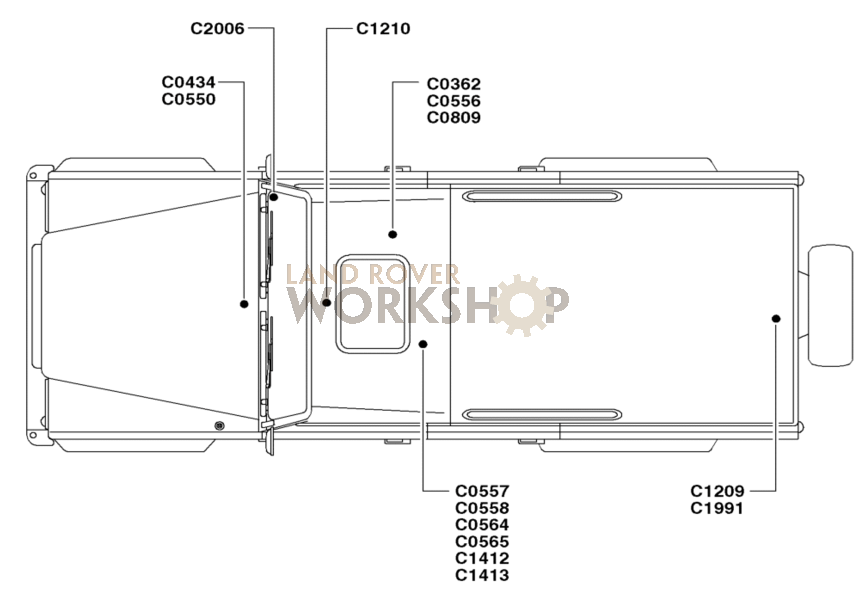