Land Rover published parts catalogues (catalogs in the US) in book form from the earliest days. It probably stems from the idea that a Land Rover was designed to be easily fixed by the end user, whether that be a farmer or the military. This continued from Series 1, Series 2, Series 3 right up until the Ninety and One Ten and Defender eras.

The part catalogues should be used in conjunction with the Land Rover Workshop Manuals.

Traditionally the part catalogues were printed as paper back books or in ring binders. They would be separated into date periods and/or model periods.

The parts catalogues would feature exploded diagrams with an index of part numbers, their description, quantity and any applicability in the form of notes. 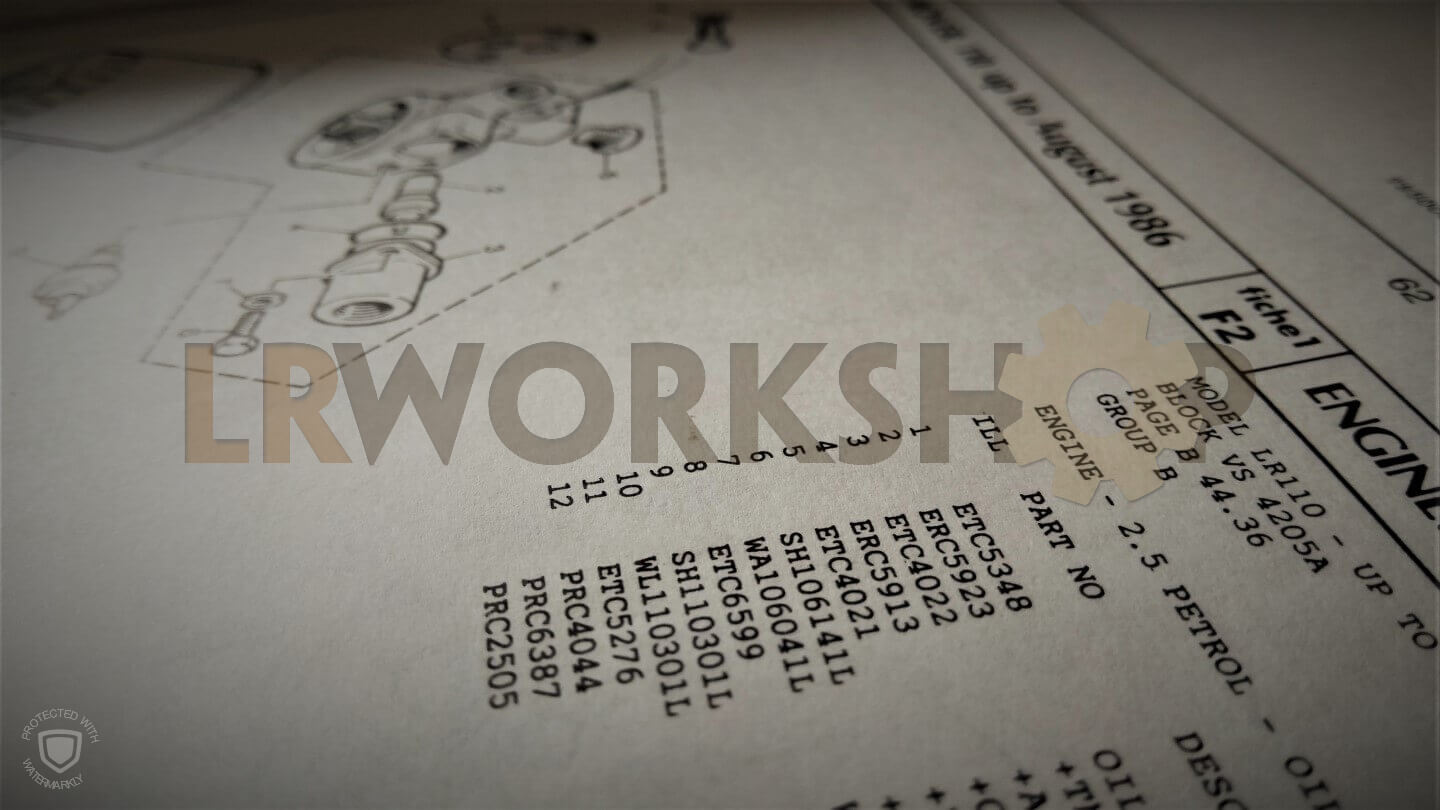 Scans of these paper catalogues have been made available on various websites as PDF files of the paper parts catalogues; the most notably and frequently linked is Retroanaconda's repository of part catalogue pdfs.

Retailers also try to produce their own Land Rover PDF Part Catalogues, such as Britpart, Bearmach, Rimmer Bros and a few others. The problem is that PDFs are not a very user friendly method of finding parts. They are computer files that are designed for printing and not for interacting with. This is where an online Land Rover Part Catalogue has a distinct advantage.

If you need the most up to date information then you should use Land Rover's Topix system; the information from this eventually trickles down to the online retailers and then the Land Rover community. Various other internet sources include new.lrcat.com, defender.org.ua, allbrit.de, Rover's North. However the problem with the historical "official" parts catalogues is that they have errors or don't have enough detail in their information. These internet sources and the traditional paper catalogues are never updated, so any error that existed at the source will stay that way forever. Sometimes the quantities are wrong, sometimes the chassis numbers are non-existent (ZA622423 anyone?), sometimes the diagrams have parts in the wrong place and very often the description of the part is somewhat meaningless; just being "bush", or "bracket" doesn't help very much.

LR Workshop tries to tackle the problems with these Land Rover parts catalogues by hosting a living and breathing resource of Land Rover diagrams and parts information that is curated by the community of Land Rover owners. This website improves on the official parts catalogues by making the diagrams interactive, updating incorrect diagrams and by being able to filter the parts based on your Land Rover's VIN. There are so many Land Rovers being rebuilt and so many parts being bought daily, that there is enough knowledge to be able to do this.

Making Land Rover owners more knowledgeable about parts is to the benefit of owners, retailers and Land Rover themselves. Win-win-win!